Discovering the Bay of December 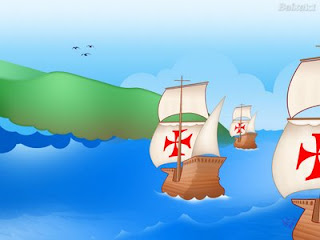 First there is Columbus. Everyone who’s anyone (in the US) knows this man. We all learned the little rhyme in elementary school:

In 1492, Columbus sailed the ocean blue,
he had three ships, he left from Spain,
till something went a lil ‘tarded in his brain.
Maybe it was cabin fever,
Or a bottle or two of rum,
But he confused the Bahamas for India,
Yes, he really was THAT dumb.

Then there is Pedro Alvares Cabral. This fine gentleman “discovered” Brazil while en route to India as well. (Does anybody else agree that we should just dump a big pot of glow in the dark paint over India, and stop all this confusion once and for all?)

Two years after Cabral rolled in, Gaspar de Lemos was floating down a "river" we like to call the Atlantic Ocean, when he spotted land. In a belligerent portrayal of typical explorer prowess, he deemed the land “Rio de Janeiro” because it was clearly located along a river, and it was January 1st.

I wonder if any Carioca has ever stopped to realize that their beloved Rio de Janeiro could easily have been Baia de Dezembro. Think about it, Lemos was clearly hammered. If Lemos wasn’t such a belligerent alchy maybe they would have shown up a day early and maybe (just maybe) he would have realized he was in the ocean.