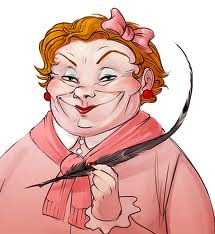 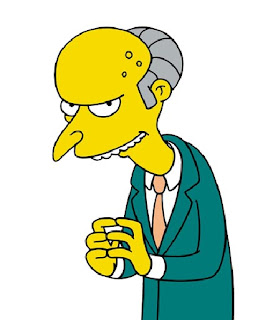 So in the fight for presidency, it looks as though Prof. Umbridge (if you are not a Harry Potter fanatic like me, this is probably lost on you) beat out Mr. Burns in yesterday's election. Honestly, I think she might have been the cop out vote because of her ties to Lula.
The interesting thing about Brazil is that voting is mandatory. From what I understand of it, you must vote in order to get some sort of stamp or receipt that goes in your 'carteira de trabalho', and you cannot work without this stamp. In addition, you have to pay a fine if you don't vote. (correct me if i'm wrong)
When I first heard of mandatory voting, I thought "what a great way to get everybody involved and passionate about elections". I was wrong and idealistic. Everybody does not get passionate, they feel obliged and bitter. Well, not everyone of course. It is just a little scary to know that people who know nothing about the candidates, show up on election day, choose at random and leave. At least they have the option of "undecided" on the ballot.
So whether or not Dilma winning the presidency is going to be good for Brazil is only something we will know in time, but it is surely a victory in the sense that Brazil has its first woman president. That's right USA, BRAZIL HAS ITS FIRST WOMEN PRESIDENT, take notes. (This is in no way me pushing for Palin, no way).
So despite the fact that Dilma has "evil vibes in her expression" (as its been said), lets hope this 'filha do Brasil' can do right by her country and keep the ball rolling. Afterall, she will be president during the World Cup and possibly the Olympics, that's some major financial decision making for a country that needs a politician intersted in something other than stuffing his or her own pockets.
Posted by Nancy at 4:07 AM