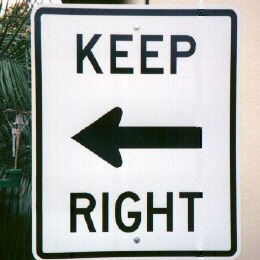 I work part time at a travel and tourism company here in Rio as the in-house translator. Well, technically that is what I am supposed to do, but nobody there thinks they need a translator, soooo I get paid to drink coffee and doodle.
You see, my coworkers (read: patricinhas) think that 1 summer in Miama studying English trumps my 22 years and a bachelors degree in Linguistics. Totally makes sense right? No! And the strange thing is, it's not just my coworkers. It's my boss too.
Granted, all bosses have superiorty complexes because they are, well, superior to their employees. But, to tell your translator her translation is wrong because it doesn't sound right in Portuguese....how does that make any sense?
I realize that "bancos do rio" doesn't make sense, and it should be "margin do rio"...but that does not mean that "banks of the river" has to be "margins of the river" in English. You see, they are two different languages.
At the end of the day, I don't care if her site looks unprofessional because she wants to use her craptastic English. I mean, who needs an in-house translator when your employees provide your site with glorious gems like these:
-"Cum drink a yum-yum in the hotel's slave quarters"
-"The church is filled with little negro angels"
-"The STD room has a contagious energy"
Yes, keep insisting your English is better than mine because those descriptions are F.A.B.U.L.O.U.S!!!
And, to the B$%*& who was under the impression that the translator (me) wouldn't understand portuguese, and asked a coworker right in front of me if I was a lesbian: No, i'm not, but if I were, you wouldn't make the cut!
Posted by Nancy at 1:48 PM