Tales of the Gym - Sexist or Courteous? 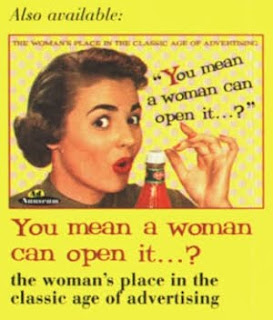 I recently posted about Carioca Gym Fasion because I was on the brink of signing up for a gym in my building and I was stressing about how to dress. Well, I signed up for the gym and I didn’t buy the giant socks or the swirly shorts, but I did give in and get a push up sports bra (good advice Rachel! ).

It’s obvious that the Gym is a place to be and be seen. Take for example, the following real life conversation between my Namo and I while he was getting dressed for the gym:

Well, despite the fact that I don’t exactly dress the part, I think I made a friend at the gym. It’s the creepy old man that works at the gym; possibly the manager. Unfortunately, manager-man doesn’t know the difference between being sexist and being courteous.

I was the only one on the treadmill the other day and there was a soccer game playing on TV (big surprise). I witnessed him getting into a huge argument with some other gym employees and it all seemed to be directed at me. I panicked that maybe I wasn’t meant to be on the machine for some reason. Eventually, manager-man won the argument. He glided over to me with this look in his eye, picked up the remote control and switched the channel to a fashion show. Then gave me a giant Thumbs-up and a “Ive got your back” wink.


It was nice of him to fight for my right to watch what I want...but he probably should have asked me if he actually cared. I guess this could be reasoned down to making generalizations based on my gender rather than sexism. Unfortunately, my point is completely invalidated by the fact that I really enjoyed the fashion show and stayed on the treadmill for about 20 extra minutes because of it ( 1/2 because I enjoyed the show, 1/2 because of those skinny bitches).
Posted by Nancy at 9:48 AM